Hom Nguyen, born in Paris in 1972, is a self-taught artist with instinctive style. As an unconventional personality, his works are just as much. Working with charcoal, gouache felt, oil or even pen, each of his paintings appears as a combat, a hand-to-hand confrontation with matter from which arises a will: to reveal the deepest […] 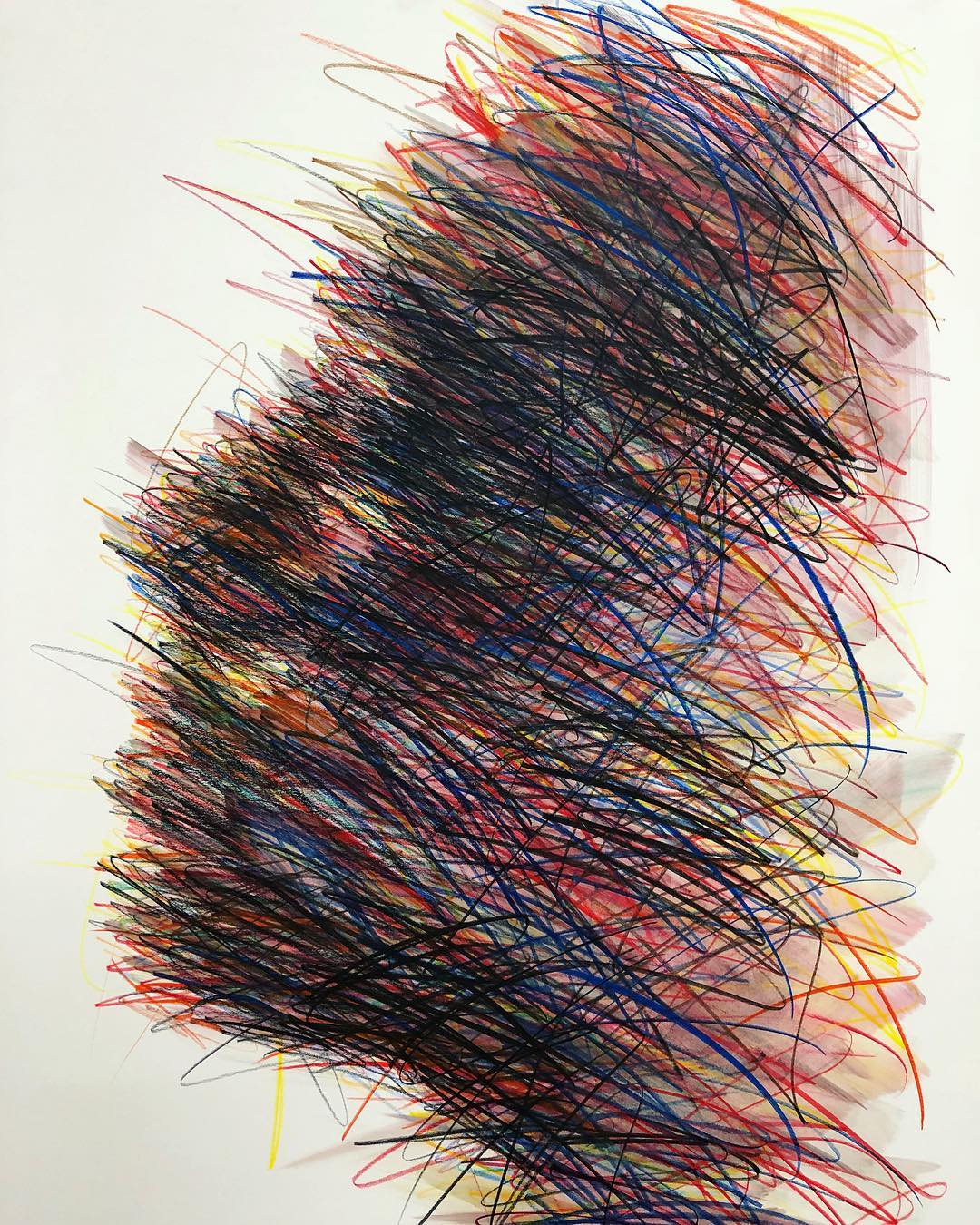 Hom Nguyen, born in Paris in 1972, is a self-taught artist with instinctive style. As an unconventional personality, his works are just as much. Working with charcoal, gouache felt, oil or even pen, each of his paintings appears as a combat, a hand-to-hand confrontation with matter from which arises a will: to reveal the deepest of the human being through the lines and color.

Hom Nguyen stays humble while rapidly getting famous and shaking the art world all over the globe. His relaxed attitude and his constant introspection seem to be the pillars holding this artist.

With Hom Nguyen, the creative process is as important as the piece that results from it. In his studio located in Bagnolet, this maniac of movement on canvas works with charcoal, gouache, pen and spray paint. He approach the face to face with the canvas as a confrontation. The winner of this duel between him and his subject is always the truth of the faces, the depth of the eyes and the smoothness of the lines. At the end, each pain- ting brings a new perspective to well-known figures. Under his strokes Jean-Paul Belmondo, Charlie Chaplin or even Joeystarr reveal a naked truth never seen before. As if these celebrities suddenly take on a new dimension letting the mystery of the soul break through. Hom Nguyen assumes the instinctive aspect of his methodology, he claims the apparent mess of some of hisworks, and doesn’t mind people who only see scribbles. For this 47 year old and self-taught artist, the essential is elsewhere. With his colors and his lines, he manages to go beyond the complexity of feelings and emotions. His work shows a sharp reflection full of suggestivity and still in process. The artist’s prowess surpasses the frame of the canvas, when the particular reaches the universel.

This is certainly the reason why his faces are so characteristic and shows the artist’s outlook on the world. Behind the famous people painted by Hom Nguyen, you find anonymous indivi- duals. His childhood is haunted by exile and the sickness of his mother. Beyond the structural difficulties of the uprooted begin- ning of his life, there is the life instinct that allows him to build himself and move forward. His mother immersed him in the idea of integration, in the love for France and a gratitude for this safe haven. Since then, Hom gives it a constant tribute by beautifying his most important figures. Sophie Marceau meets Edith Piaf and Serge Gainsbourg. The success is there, giving the artist full freedom to create and explore new paths. After the faces and the eyes, Hom Nguyen is now focused on hands with the show «Dark Side». Like the eyes, the hands unveil both humanity and mystery.

Stuart Magazine : How would you describe your exhibition «Dark Side»?

Hom Nguyen : I wanted to explore the hidden side of things. I focused on black and white. Colors stay present but less than before. As often, the lines I draw tell a singular story that resonates with my own. This time, the lines are thinner and more fragile. I worked with charcoal, some kind of wax pencil. I used it a long time ago so I went back to it. Charcoal reinforces the inescapable specificity of the line. You cannot erase it or go back to it. That translate the urgency of urban art.

S.M : Going back to black and white and the use of charcoal, are you going back to the basics?
H.N : This is exactly that. This comes from a real need to go back to the purity of the line, its primal and initial energy.

S.M : On your paintings, we come across faces such as Chaplin, Belmondo or even Edith Piaf...
H.N : Nothing surprising for Edith Piaf. This painting is the result of meetings and discussions. I had the opportunity to meet Jean-Marc Mormeck, he talked to me about Marcel Cerdan, and that lead me to Edith Piaf who I was already familiar with, of course. I like her strength combined with the fragility of her eyes. I appreciate dented destinies, lifes that merges with despair. I talked with the copyright holders, I watched movies, listened to her music. Edith Piaf is a French Icon that shines internationally. She goes beyond borders and that talks to the son of immigrants that I am.

S.M : For the last two years, you have been organizing workshops for kids and teenagers in the psychiatric section of the Pitié-Salpê- trière hospital. That too resonates with you?
H.N : Yes, I had a complicated childhood. I lost my father when I was only 14. My mom, a foreigner, was handicapped. We lived in 25 square meters. At this age, trying to figure out who I was, it is easy to take the wrong turn. To exist I decided to lie, to make the reality a little nicer, I invented a life. From that point of view, these patients touch me. The workshop welcomes people about to leave the hospital. So, it is a transition before going back to a normal life, outside.

S.M : You have been drawing since you were a kid, yet your first exhibition was only in 2014?
H.N : I hung around for a while, I was going through life passively. I was carrying a history. I took me a minute to tame it and to let it go. This is that meandering path that I describe today in my paintings. I have always been drawing. I started to work at 25, I was making patinas for shoes and I was known for that. It is a real science of colors, it is almost mathematical.

S.M : How do you see the next step?
H.N : I am neither advocating for or claiming anything. I am not driven by this instinct of revenge, to catch up with the time that I lost. I have no career plans. I leave that to businessmen. I create. Whether it is appreciated or not, ultimately this is just my story. I