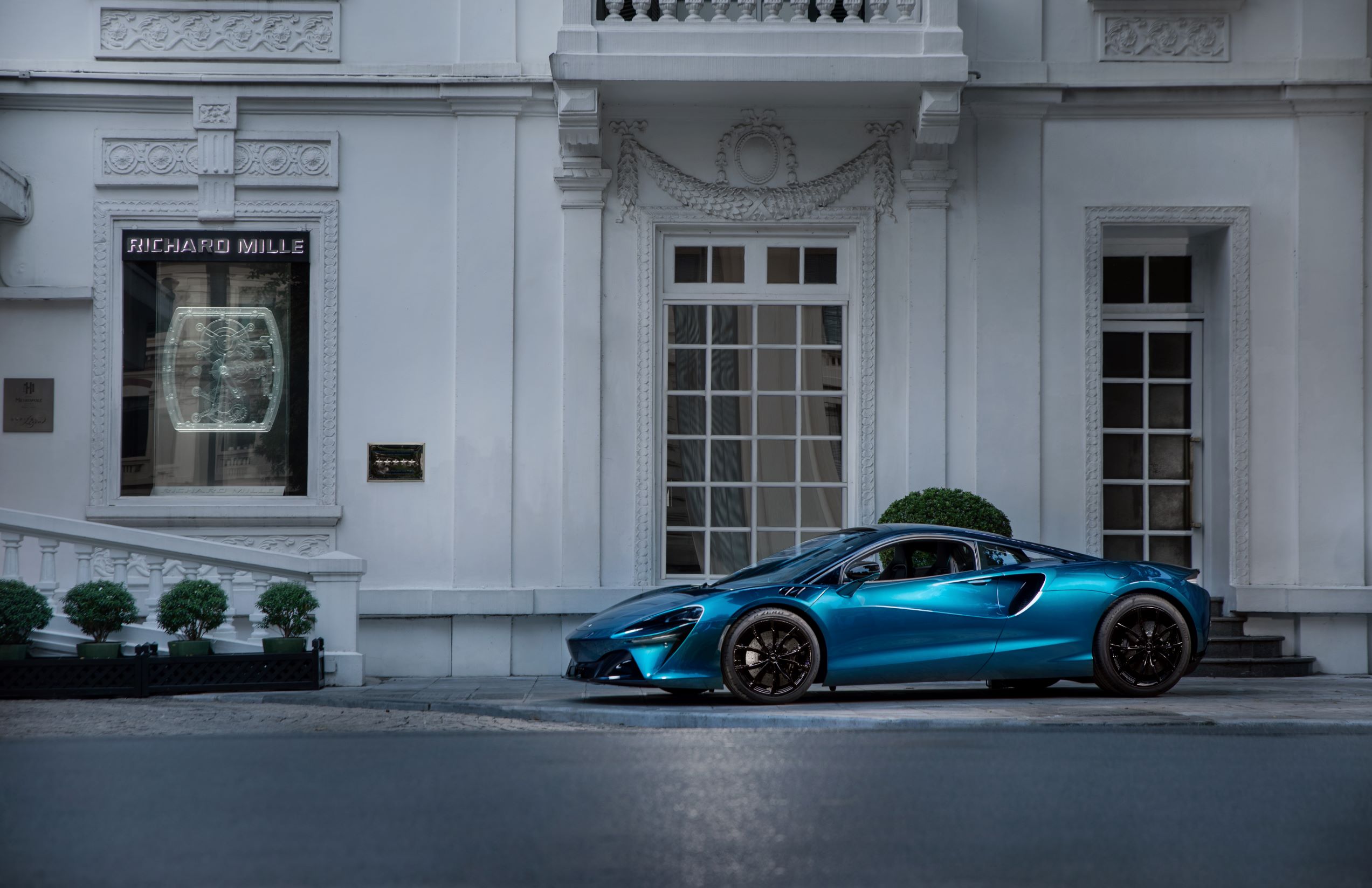 With McLaren first high performance hybrid series supercar - Artura’s dynamic launch approaching, a pop-up exhibition was recently held at a centralised location in Vietnam at the Saigon Trader Center and award-winning Sofitel Legend Metropole Hotel to provide public exposure. A MSO Bespoke Artura car was put on display - in paint color ‘Serpentine’ that caught the attention of many easily with its distinctive color that reflects differently under contrasted lighting conditions.

Artura marks the beginning of both a new chapter for the pioneering luxury supercar company and a new era in supercar technology and performance.

McLaren’s first series-production High-Performance Hybrid supercar focuses more than half a century of the company’s racing and road-car experience and expertise into a next-generation supercar that blends ground-breaking technology with McLaren’s dedication to pure driver engagement.

Underpinned by the McLaren philosophy of super-lightweight engineering, the all-new Artura is the distillation of every attribute inherent in a McLaren–distinctive design, unrivalled performance, dynamic excellence and engineering innovation–with electrification now bringing the additional benefits of even faster throttle response, lower emissions and being able to run in pure EV mode for emissions-free journeys of up to 30km*.

All-new from the ground up, the Artura presented McLaren engineers and designers with new opportunities to innovate, chief among these being how to preserve McLaren’s super-lightweight engineering philosophy when adding hybrid power train elements including an E-motor and battery pack.

The overall effect gives the Artura an almost ‘shrink-wrapped’ appearance, evolving a McLaren design approach seen in recent models to a new level. The lithe, technical sculpture has only minimal body shutlines and panel joints, assisted by features such as an entire rear clamshell engineered and superformed as one panel. The shape of the Artura, sculpted to optimise performance and manage airflow for aerodynamic performance and cooling, is driven by the McLaren design principle of ‘everything for a reason’ that is in evidence throughout the car. The centre of the front splitter is an example of this, being the intake for the eHVAC system and also housing the front-mounted radar that forms part of the optional ADAS package.

Inside, the Artura is no less of a revolution, with the cockpit centred more than ever around the driver. The driving mode selection – which retains separate Powertrain and Handling controls – has been moved to the instrument binnacle, which is in turn mounted to the steering column and adjusts with the steering wheel to further enhance driving ergonomics. Consequently, the steering wheel is kept clear of unnecessary switches, however, the driver is still able to adjust driving modes without taking their hands away from the wheel.

Through the 4-day exhibition, McLaren team in Vietnam had the opportunity to interact with and educate the public who were interested in the upcoming launch.

McLaren Artura’s appearance in Vietnam is also the first event for the brand’s activities in Vietnam, with the first showroom to be opened in the third quarter of 2022.